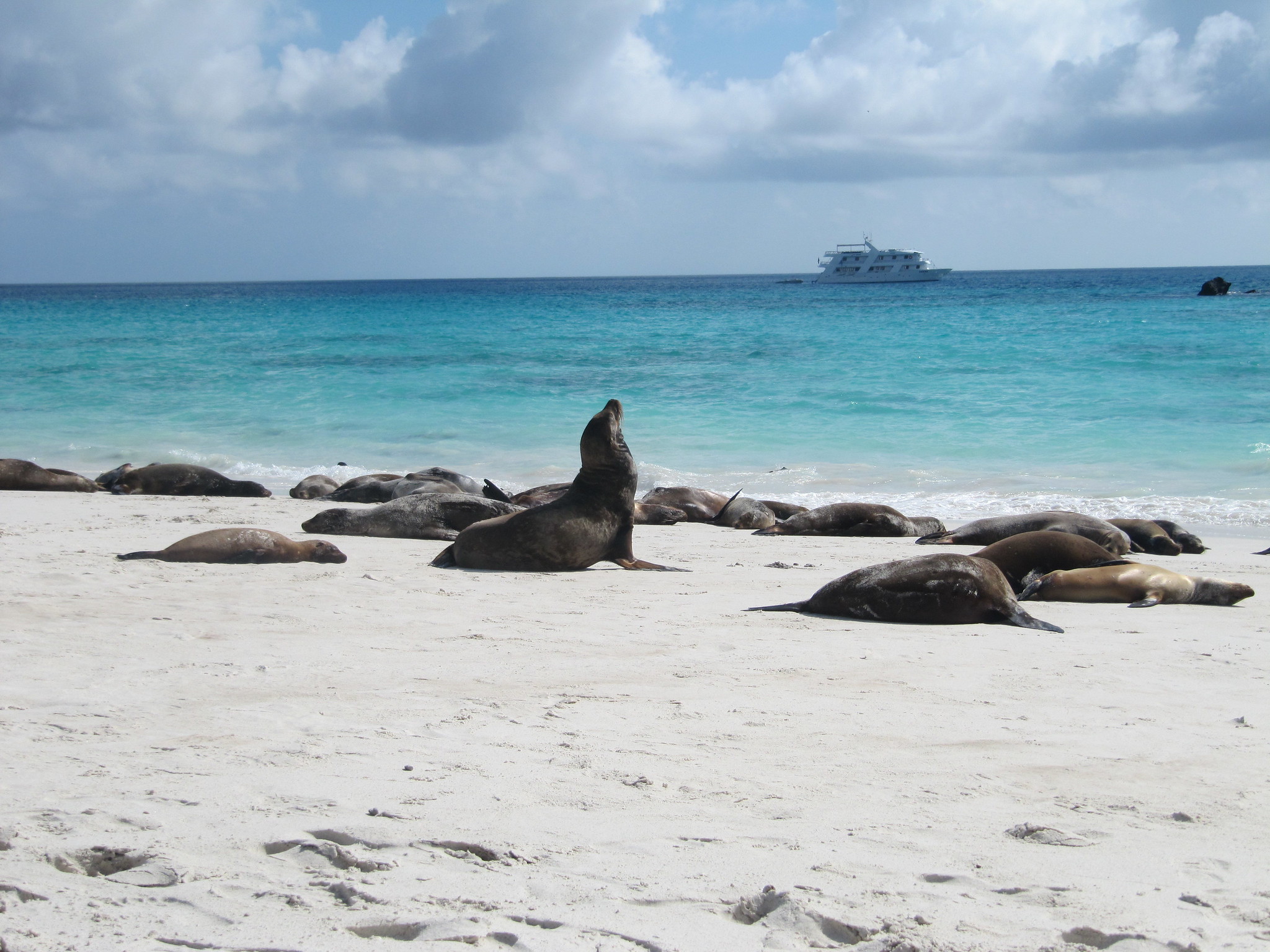 Galapagos Information
The Galapagos archipelago straddles the Equator, approximately 600 miles directly west of Ecuador off the Pacific coast of South America. There are 13 large islands, 6 smaller ones and 107 islets and rocks, with a total land area of about 8,000 square kilometres.

The Galapagos Islands had no original inhabitants, and were discovered in 1535 by Tomas de Berlanga, the Spanish Bishop of Panama, when his ship drifted by the islands.

Reportedly in the 17th and 18th centuries, ocean pirates used the islands as meeting points and hideouts, as well as for fresh food and water.

The Galapagos Islands were finally annexed by Ecuador in 1832, and about 10 years later, the first human settlers established themselves on some of the islands.

Charles Darwin visited the Galapagos in 1835, his subsequent studies of local wildlife noted that almost all of the animals and plants here were endemic to the islands, which of course contributed to his famous theory of natural selection, and put these special islands on the map for the rest of the world to experience.

The islands became Ecuador's first protected natural area, the national park was created in 1934, seeing the need to protect the unique environment of the Galapagos, the National Assembly of Ecuador passed protective legislation and created wildlife sanctuaries on some of the islands. Then, in 1959, as 95% of the islands and 50,000 sq miles of surrounding ocean was granted protection, an organization of scientists and conservationists established the Charles Darwin Foundation and the Charles Darwin Research Center, which officially opened in 1964.

In March 1998, Ecuador created one of the world’s largest protected areas: the 133000 square kilometer Galapagos Marine Reserve. The Reserve supports some of the best known coastal fauna of Galapagos, such as the sea lion, fur seal, penguin, flightless cormorant, albatross, three species of booby and two of frigatebird, sea turtle, and the extraordinary marine iguana. Galapagos waters are also renowned for their large marine animals, notably cetaceans and sharks, some of them forming large underwater clouds. But this spectacular wildlife is just the most visible part of a complex and unique ecosystem.

Marine life in the Galapagos waters is closely related to the life on the islands. Island animals depend on the ocean. Birds and animals existing near the water has a variety of distinctive habitats and endemic species including the world's only sea-going lizard, the Marine Iguana. Other notable wildlife includes the Sea Lion, Fur Seal, Galapagos Penguin, Flightless Cormorant, Waved Albatross, Lava Gull and Swallow-Tailed Gull.

Today these aggressively-protected islands and the surrounding marine reserve were both declared World Heritage sites by UNESCO.

We invite you to take a virtual tour of the Islands and their wildlife throughout this section of our website.